This is the sixth of our monthly emails for 2020.

As many of you will be aware, our social justice committee has now been renamed the Peace and Justice Committee, so we will also adopt that title for our Email Contact List and to other references to this area of our mission in the Presbytery.

I was thinking about what introduction I could use for this month that could briefly take us beyond all the issues associated with COVID-19.  Then I thought about a wonderful farewell service our church at Gloucester had last week for our dear friend Fay de Witte.  Fay died quietly on Monday 13 July.  She had always been a real inspiration for me and many others for the way she empathetically shared with all people she knew and loved, but also for other people she met along the way.  She had a strong interest in social justice issues and the need to treat all people equally no matter where they come from.  She acted on this belief through her support for programs such as those relating to refugees and asylum seekers and for marriage equality.

Rev Audrey de Witte courageously led the memorial service and I want to share part of her eulogy that was very powerful for many of us there, entitled “My Mum’s Wisdom”.

“In April, a few days before Mum’s birthday, I asked her a number of questions, and took videos on my phone of her answering.  Let me tell you, it took a bit of persuading for her to take part. I’m so glad I persevered.  There was a part of me which recognised that Mum was nearing her end.

One of the things I asked was what she had learnt during her life, and what things she wanted us to know.  The following was her response:

These are great values to hold to.  They are values that take courage and perseverance to live by.  Qualities that Mum quietly exhibited.”  Audrey teased each of these values out in her eulogy. If we all followed Fay's example, what a wonderful world we would have. Thanks Fay, we will miss you greatly.

The SJF reckons “we may be naïve, but we do live in a democracy - and governments are there to govern, right?  That’s why we’ve created online training workshops on how to write to, seek and get the most out of meetings with your local state or Federal MP”.

The Social Justice Forum can present this training online as either 2 x 60 minute sessions, or a single abbreviated 60 minute session.  The workshops can be tailored to a particular campaign.  They will provide some good practical tips from their experienced political campaigners.

Rev Tau'alofa Anga'aelangi and I are working on getting some suitable dates with the SJ Forum.  If you would like to attend the workshop/s please contact either Rev Lofa or Jeff Kite using the options on the Contact us webpage.  We need a minimum of 7 people.

Many of you will have read some of the latest Insights which has isolation as its theme.  There are some good articles that are definitely worth reading.

The isolation theme is also particularly relevant to the work of Frontier Services who are really struggling to provide an effective ministry in the current situation and can do with all the support they can get.  They have prepared some very good worship resources.  The Order of Service for 2020 is entitled ‘Keeping their spirits high’ and another Order of Service for 2020 from the John Flynn Foundation on ‘Continuing his vision for the inland’.

We used parts of both of these for Sunday worship which seemed to work pretty well.  Through a retiring offering and topping it up with Church funds, Gloucester UC was able to donate $1,000.

Frontier Services have hard copies of these orders of service which they will post out to you. Ring 1300 787 247 or email fsfundraising@frontierservices.org or request them on Download Our Order Of Service.

Don’t forget about this wonderful ministry.  For decades, Outback Links has been connecting volunteers with people in remote Australia doing it tough.  They provide practical support when it’s needed most.  This could include anything from care taking to property maintenance, gardening to painting or perhaps general farm support is what’s needed most.  There is an opportunity for everyone to make a meaningful difference.  And the need right now is stronger than ever.  You can make contact by using the phone number or email address above or go to their website Outback Links.

It is with considerable concern that I see that as part of the major restructure within the Synod office, around 4 positions have been cut from Uniting Advocacy ie it has halved in size.  I gather that Uniting Earth’s activities will be resourced by the much smaller Social Justice Forum Advocacy group; only the website will continue to use the ‘brand’ name.  Jess Morthorpe is taking a redundancy and two other people who played key roles in the Fair Treatment campaign are also leaving.

Rev Dr Jason John has applied for the position in charge of the SJ Forum Advocacy group.  The Climate Change and Fair Treatment campaigns will be the main priorities for the Advocacy group, but it is unclear what will happen to the other previous priorities.

Jason John’s role in the Common Grace climate change program that I mentioned last month was a one year contract which he has also completed.

I think these changes will impact considerably on the Synod’s ability to engage with social justice issues as well as the support we can expect to get for our Presbytery from Synod.

As mentioned last month, the Black Lives Matter protests in the USA have spread around the world.  In Australia, it has re-focussed attention on the lack of action on implementing recommendations of the Aboriginal Deaths in Custody Inquiry and many other critical issues associated with reconciliation between Aboriginal and Non-Aboriginal People.

The Black Lives Matter rally went ahead today (28 July) even though it was declared illegal.  At least 6 people were arrested and the organisers fined $1,000 each.  The small protest crowd then dispersed.

Dungay’s 2015 death in custody has become a symbol of the Australian Black Lives Matter movement.  The 26-year-old Dunghutti man died after five guards rushed his cell to stop him eating biscuits, dragged him to another cell, then held him face down and he was injected with a sedative.  In harrowing footage shown to the court and partly released to the public, Dungay said 12 times that he couldn’t breathe, before losing consciousness and dying.

The UC Assembly has asked members to show support by sending a message of solidarity to the national UAICC  uaicc@nat.uca.org.au

There’s more information and a thoughtful prayer for “Justice, Solidarity and Walking Together as First and Second Peoples”  in Three Asks and a Prayer by Dr Deidre Palmer and Pastor Mark Kickett of UAICC.

Many of you will remember the long-running case in which a couple of Tamil asylum seekers, Kokilapathmapriya Nadesalingam (Priya) and Nadesalingam Murugappan (Nades), were refused refugee status after settling and starting a family in Biloela.  The community rallied to support the family, who became known as "the Biloela family" in the press.  The family were removed in a dawn raid on their home and taken to Melbourne March 2018, pending deportation.  Since then, various legal avenues have been pursued, with the family taken to Christmas Island Detention Centre in late August 2018.  In April 2020 they were awarded costs of more than $200,000 against the federal government, for lack of procedural fairness in assessing their youngest daughter's claim.  (Taken from Wikipedia)

Angela Fredericks from Biloela shared an update on the communities battle to bring Priya and her beautiful family back home to Biloela, Queensland .

“Friends, Priya is still alone and in pain in a Perth hospital.  Our beautiful family’s tireless legal team have made a formal request to Ministers Alan Tudge, Peter Dutton and Jason Wood, asking them to release our family from detention, citing Priya’s numerous health concerns & the unsuitability of detention for young children.

Today, our family urgently needs you to demonstrate that public interest by picking up the phone and making a polite phone call to your local MP and Senators.

We are asking the Ministers to personally intervene, as Australian law allows them to do.

To find the right phone number in seconds, bit.ly/CallyourMP or bit.ly/RingSenators.

[Subsequent update - Priya has been flown back to Christmas Island.]

This is another shameful case of our Federal Government showing that it completely lacks compassion for Asylum Seekers.  More information can be found at Bring Priya and her beautiful family back home to Biloela, Queensland 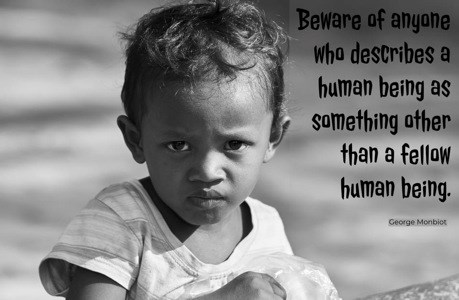 Significant social justice dates are now also listed on this website at 2020-21 Events.